In the summer of 1981 I resigned my commission and left West Point’s Physics Department to take a job as a physicist at the Lawrence Livermore National Laboratory. The Laboratory was generous in letting me pick a research group to join. After interviewing group leaders for four weeks, I met an Austrian born physicist, George Maenchen, who had explained to me that he was making a laser that emitted X-rays and was pumped by a hydrogen bomb. The idea sounded crazy, but also exciting, so I chose to work with George’s group, which was made up of only three physicists. My first work was to acquaint myself with several design computer codes, especially one that had been specifically created for X-ray lasers. 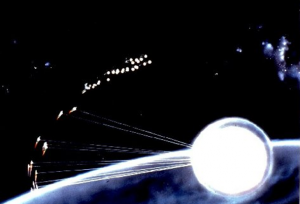 This I did and soon enough I was responsible for designing a way for the laser to survive an initial atomic blast long enough for it to get pumped by a hydrogen bomb.
I went through an apprenticeship that lasted five years, during which I became very proficient with the powerful computer codes used at the Laboratory, I supervised the construction of quite a few X-ray lasers, and I participated in several nuclear tests. At one of those tests, we were testing a physics concept that would greatly improve the performance of the laser as a weapon. 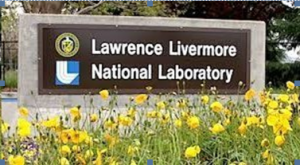 It was an important milestone for the program, and the renowned physicist Edward Teller came to witness the test results. While we were waiting for the diagnostic results to be processed I was asked to take Teller out to the crater that had just been created by our nuclear explosion. I said I would, and he and I had a wonderful afternoon together, mostly spent with him telling anecdotes of past nuclear programs. 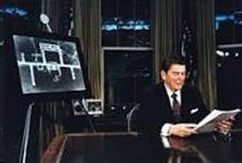 Once we saw the test results, Teller decided to pay a visit to President Reagan to tell him that we had successfully tested a weapon capable of destroying nuclear weapons in outer space. A few days later I got to see the President make his famous “Star Wars” 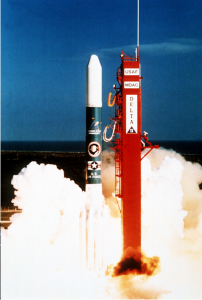 speech, in which he initiated his Strategic Defense Initiative (SDI). The X-ray laser program became the largest part of SDI. It was a very exciting time to be involved with the program, and we were soon inundated with reporters from around the world who wanted to know what we were doing. Some reporters from Newsweek Magazine came to the Laboratory and interviewed some of us, and took a photo of us in front of a laser target chamber, which is shown above.
The next year I had an idea about improving the laser to make it more brilliant, which is a physics term that meant it would make a brighter spot at the point it was aimed. Greater brilliance was essential if we hoped to be able to damage a Soviet weapon from a large distance. By that time, the national attention caused the design group to have grown considerably, and competition to get one’s experiment tested was fierce. I had to present my ideas before several peer review boards, and somehow, I managed to have several lasers included in the next nuclear test. I also had three physicists assigned to me to help finalize the designs for the experiments. The results of the test confirmed my predictions for the performance of the laser. The laser we tested measured the highest brilliance for any laser ever built by man, and it experimentally confirmed that we could indeed destroy a nuclear weapon launched into outer space from a great distance. I had a great feeling of satisfaction for accomplishing what I had set out to do, and felt gratified for any contributions our efforts made in ending the Cold War.