Bill’s eldest cousin and her family lived on Lookout Mountain, Tennessee. Since that was only a 2 ½ hour drive from our home in Peachtree City, it seemed like a great place to have Thanksgiving dinner. Most Army families are rarely near family, so this was a wonderful opportunity to visit with them and to catch up with their son, USMA Class of 1984, who was on leave at their home. Having only been in Georgia for one year, it was our first chance to spend a holiday with them (Bill was in Saudi Arabia for our first Thanksgiving in Georgia.) We were looking forward to a quiet holiday meal with them. That could not have been further from the truth! 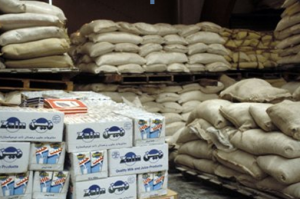 We sat down to dinner just as the phone rang; Bill was called to the phone. The rest of us were merrily eating our turkey and dressing when he came back and said, “We have to leave – NOW!” No other explanation – secret. We didn’t even finish dinner! Bill had been called back to Ft. McPherson where, as a Colonel and Chief of Plans, G-3, Third U.S. Army, he was in the bull’s eye to begin the plans for what would soon be called Operation Restore Hope.

President George H.W. Bush was so sickened by the pictures on CNN of starving children in Somalia, he called for a humanitarian effort to get food to the people of Somalia. Third Army, as the Army component Command for CENTCOM and having responsibility for most of SW Asia and countries around the Horn of Africa, was tasked with this effort. Bill and his Plans section had to get to work immediately so that this mission could be accomplished before President Bush left office in January. President Bush thought it would be a quick and relatively easy thing to bring food and hope to those in Somalia. Who could question an effort to feed starving people? Think again! 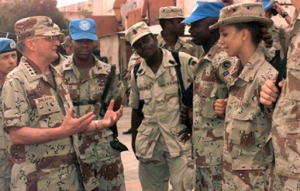 It was with the heaviest of hearts that Bill and the men of the Plans Section of Third Army watched from Atlanta when the United Nations took over the task of the humanitarian mission/force protection in March 1993. They knew at the time that the protection force was not sufficient under the circumstances of an unstable warlord, the heavy use of Khat by Somalis, and inexperienced soldiers from other U.N. countries, some of whose countries used foreign missions as a way to put money into their national treasuries. It was out of their hands now. It was later with the deepest sadness that they watched as the Battle of Mogadishu occurred in October, 1993.

A Field Artilleryman at heart with many years of experience, Bill had concluded along with others at Third Army that the food sharing effort needed to be guarded from the beginning by a heavy presence of Army units to keep the peace as the food was distributed. It was not on his own thoughts that this was recommended. They had intelligence from the area and the input of several senior U.S. Ambassadors in Africa indicating that Mohamed Farrah Adid, the strongman in the region, might not take kindly to this humanitarian mission to Somalia. Bill and the leaders of Third Army fought with those in Washington to get the necessary compliment of American soldiers to protect the mission. They were not successful. (They were able to get only one battery of artillery attached to Operation Restore Hope, but only after the Battle of Mogadishu had occurred. B Battery 1-41 FA from Ft Stewart was rushed there to fill the void in mid-October 1993, ten months after Operation Restore Hope began. It was only after that battery was assigned that Bill discovered that the XO of the battery was 1LT Paul Robyn, USMA 1992, the son of a dear friend and classmate, Eric Robyn. Ironically, in 2012, our own son, USMA 2010, deployed to Afghanistan as XO of A Battery, 1-41 FA.) 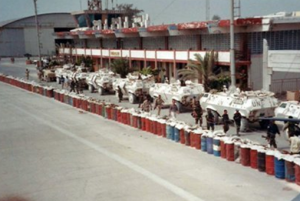 It was during the Bright Star exercises in Cairo, Egypt in November 1993, only a few weeks after the Battle for Mogadishu, that Bill accompanied the Commanding General of Third Army on a side trip down to Somalia to check on their Area of Operations there. Though it was not the official reason for their trip, in Bill’s mind his mission there was to check on Paul and see how the battery was faring in the turmoil that followed the Battle for Mogadishu. Unfortunately, Paul was out on a mission at the time, so they never saw each other, but it was a reassurance to Bill, even though they took incoming rounds of fire as they drove to the battery area to talk to those on the ground to find that Paul was doing well in the chaos following Black Hawk Down.

Next Post: Change of Command on Freedom’s Frontier, Korea 1974 »