We probably all remember where we were on December 31, 1999. When the clock struck midnight, the world was supposed to go dark and anarchy was going to spread across the globe.

For me, the Y2K fiasco started long before that dreaded night, when I was the general manager of the ANA Harbour Grand Hotel in Sydney, Australia. In 1996, the hotel’s tech department and every conceivable expert informed me that our entire system was vulnerable to complete failure unless we updated every piece of computer equipment. So, the race began, and we spent several hundred thousand dollars on doing just that. 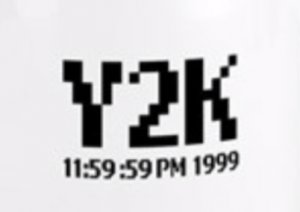 This was not our only concern, however. Also at stake were the over 1,400 people in the hotel, celebrating what would be the biggest party that Sydney would ever see. The fireworks were forecasted to be the most spectacular ever witnessed. The hotel commands sweeping views of the Sydney Harbour Bridge and Opera House, so in addition to our other restaurants, the rooftop restaurant and bar was going to be packed. The $1,500 per seat packages along the windows sold out before the $1,000 per seat packages. Everyone wanted to celebrate the “turn of the century.”

The problem was that the hotel was hermetically sealed, and no windows could be opened. The windows had over a dozen different thicknesses, depending on which direction the rooms faced and how high up the 36 stories they were located. If the power went out for an extended period, the hotel would have to be evacuated immediately, and our emergency generators were only powerful enough to run a few elevators and emergency lighting. Compounding the capacity issue, when marble floors—which were everywhere in the hotel—heat up from a cooled state, they sweat, and the floors become skating rinks. Being summertime in Australia, the hotel would eventually become very hot.

Of course, once evacuated, what then? Locals could get home, somehow. However, non-Sydney residents had nowhere to go. This is where Saint Patrick’s church, about a quarter mile down the street came into play. Luckily, the pastor granted me permission to use the church as a refuge until the hotel became suitable again for occupation.

The only thing left to do was wait.

On that much-anticipated night, every member of management was on duty with specific responsibilities in case the Y2K dire predictions became a reality. Our command center was in the telephone switchboard room, and we all had two-way radios to communicate with each other.

As expected, the hotel was booming, with 100 percent occupancy in the rooms and restaurants.

We were all extremely tense, but then something happened that made us breathe a little easier. New Zealand did not go dark and descend into chaos! Two hours ahead of us, the country was a good test. If they didn’t succumb to madness, then Australia certainly wouldn’t. Of course, we had 2 more hours before the theory could be proved.

The minutes ticked away, and we were finally at that moment when years of efforts either paid off or were all for naught. Then it happened. The clock ticked to midnight.

The lights go out!

My heart jumped into my throat, and I let out a sound of anguish. But to my surprise, the lights came on 5 seconds later! As it turned out, my front office manager had flicked the light switches off. I nearly throttled him, but he was a lot younger and bigger than me, so it would not have been wise. In the end, we had a huge laugh and enjoyed the rest of the night into early morning with our guests.

When I think of all the time and money that went into Y2K efforts worldwide, it seems like the greatest hoax ever perpetrated. Yet it resulted in memories that will never be forgotten. 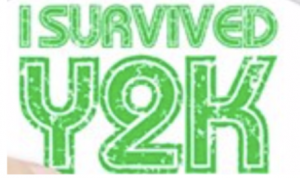