When the gates at West Point opened to let us out on June 4th, 1969 there was a mass exodus of the Best of the Line punctuated by a cacophony of revving engines and screeching tires.  Before the dust could settle on Highland Falls, it seemed like all of the Class of ’69 had fled.  But not entirely.  A stay-behind formation of romantics lingered a while longer (some for a few hours, some for a few days) to do what had been denied them up to that point – get married and, furthermore, to do it at our rockbound highland home.

I was among that group, a likelihood I had fully discounted a bare 12 months earlier when I was yet determined to be a young warrior bachelor.  Now, along with scores of my classmates, I had entered the marriage lottery for day, time, and chapel ending up with 1 pm, June 8th at the Old Cadet Chapel, then the designated house of worship for Jewish cadets.

No matter that my bride was Protestant and I was Catholic; this is the way West Point did things and I was about to marry the most beautiful girl in the world.  How could I be so lucky?  And how did it happen?  Well, that, as they say, is the rest of the story. 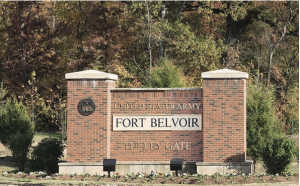 It (almost) begins with the First Class Trip – that wonderful boondoggle where in two halves the entire class in the summer of 1968 was flown to the home of select Army branches so that we could be familiarized (and wooed) with what they had to offer us upon graduation.   At each place, we would train on the equipment, try out branch-specific tactics, and get dazzled by the professionalism on display – all this capped by a formal dinner-dance where young women would be present.  The latter were involved by direct invitation of a cadet or by a blind-dating pool kindly engineered by the locals (we were matched by height).  Only in one place – Fort Belvoir, then the home of the engineers – did I think I knew a local girl.

As it turns out, as a young boy and ‘Army brat’ I had lived in Damascus, Syria where my father was assigned to the embassy.  After being there a year or so, we sponsored an incoming Air Force family, which happened to have three little girls (and at that time, no boys).  Being very young (this was the early 1950s) I was annoyed with the invasion of the girls (I had one sister as well then), and reluctantly put up with them.

Despite my ill humor, our families became good friends and in subsequent military tours over the years we would see each other from time to time as our travels brought us across common paths.  They had settled, I knew, in northern Virginia.  So here I took a chance.

Securing a phone was difficult in these pre-cell phone days.  A single pay phone accepting only nickels, dimes, and quarters would be available in some selected ‘sinks’ (the basements of the old barracks), usually blocked by a long queue of cadets. I awaited my turn, finally placed a call, and when the mother answered, asked to speak with Sandy, so I could invite her to the dance.  The answer was that I could not, since Sandy had recently been married and moved on.  Flustered (I lacked worldliness back then, as now) I excused myself and got off the phone.  Only then did I remember there were two other girls.  A few days later, I screwed up my courage once more and this time wrote a letter inviting Jeannie to the dance.  A week or more passed before I received a response – again from the mother – stating that Jeannie could not possibly go out with me since she was only 15 years old.  (Note, no name was offered either time).  I was now shattered.

Two weeks later, however, with the trip coming desperately close I made one final try (again by letter) and this time got the right name – Pat.  She accepted, but by now I was clearly on the defensive.  The night of the dance, I stood outside the Belvoir officers club in the company of approximately 400 classmates, all of us eagerly anticipating the arrival of the ladies.  Pat’s mother would be driving, but I figured I would recognize the car (they always owned a station wagon) before either of them.  At last I saw it, and as I wondered how this date might turn out they pulled up and a stunning young woman in a white evening gown stepped out.  My heart leaped, freezing me in place for a moment even as my classmates surged forward (or so I perceived) en masse.  Recovering just in the nick of time, I elbowed my way to the front and greeted both mother and daughter, the former soon departing and the latter charming me the entire evening and for the rest of my life.

I never recovered, but henceforth got her name right even as my thoughts of bachelorhood faded into oblivion.

We were married four days after graduation in that Old Cadet Chapel, returned to West Point much time later to live nearby it for three years (behind the old PX in what was then known as Dunover Court), and had our third son baptized there.  It pays, you see, to be persistent, even as you bumble through life.