Having attended West Point Founders Day dinners for almost 50 years, many at the Washington D.C. West Point Society Chapter, I have watched throughout the years as the Castle Award was given to people that I have known and admired. That is why when the call came that I was to be so honored, I was surprised, very humbled. My part of the ceremony was to accept the award and address those assembled at the dinner. Here is a copy of my thoughts upon receiving this honor. 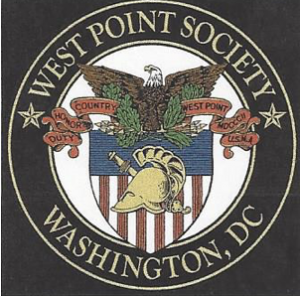 Thank you for the faith and trust you have placed in me as this year’s recipient of the Castle Memorial Award. It is an honor that I will never forget, and I will strive to maintain the legacy of those who came before me.

In preparation of my remarks, our Society President General Guy Swan gave me guidance: “Prosch, be brief, be bright, and be gone”.

So, I am going to share a few West Point vignettes, provide some observations on our older grads and younger grads, and strive to meet those instructions.

My first visit to West Point was in the 1950’s as a Cub Scout. My dad, the pack master, took us up for a field trip. We climbed over old cannons at Trophy Point, saw a parade, and watched an Army baseball game.

On the trip back home, my dad informed me that his Army Air Corps B-17 squadron commander was a West Pointer and a very good leader. He cited how in the early stages of WWII, the U.S. Army 8th Air Force was assigned the daylight bombing missions over Germany—and was taking heavy unit casualties – and that the unit living and working conditions in rural England were very poor. Shortly after the new West Point squadron commander arrived, however, positive changes occurred. Field sanitation and rations improved. They moved from tents to Quonset huts.

The new squadron commander bore into morale issues such as late pay and mail. But more importantly, he trained them relentlessly, around the clock in gunnery proficiency—to be deadly accurate. The B-17 bomber with six turrets and dual 50 caliber Browning machine guns was called the “Flying Fortress”.

The squadron conducted drills, rehearsals, and practice bombing raids on the base runway. The commander made them fly in tight formations to put out a 50-caliber wall of steel. Squadron casualties dropped dramatically.

My dad told this story to an enraptured 9-year-old boy while driving back to the suburbs of New York City. He never mentioned West Point again to me …… But he did keep his Eisenhower Jacket with Major oak leaves and combat decorations hanging in his closet …eight years after my Cub Scout trip, I entered West Point.

On 4 June 1969, I witnessed what I then thought was the greatest sight in my life — West Point in the rearview mirror of my car. But I have learned that it was not West Point I was speeding away from on graduation day, rather my TAC (Tactical Officer – the Officer in charge of each cadet company), Central Area (where cadets walked off demerits),

and Final Exams. I discovered that I enjoyed the Army—reinforced by heavy leadership responsibilities and close relationships with soldiers. In fact, over the years, West Point has drawn me home. Each visit still invigorates my spirit and soul. When I eventually reboot from the private workforce to the full-time volunteer ranks, West Point will remain the center of gravity of my volunteer efforts and passion.

I am a child of the WWII generation: American men and women who grew up in the Great Depression, served in WWII, defeated the world’s tyrants, and then devoted their adult years to the building of modern America. This spectacular generation shaped our lives. They included our parents, teachers, ministers, and hometown merchants—who showed us the way through their own standards of hard work, sacrifice, and personal responsibility. These were lessons that have impacted my generation and which we have strived to pass onto our children. Our WWII veterans are with us in spirit, they are older, they are moving on, and they are all commemorated by the magnificent WWII memorial on the national mall—with great leader quotes carved in the stunning white marble columns, including GEN George Marshall’s quote (ROTC Virginia Military Institute, who gets my vote for greatest Soldier/Statesman of the 20th Century).
“We are determined that before the sun sets on this terrible struggle, our flag will be recognized throughout the world as a symbol of freedom on the one hand and of overwhelming force on the other”.

We greatly admire our WWII era grads, but we also are in awe of our younger grads. They watched the twin towers fall in New York City. They reacted, as we all did, with disbelief and with anger. And then this generation reacted with fierce determination. They made a promise to their country that they would lead in the battle for civilization in the global war on terror. They volunteered for Army duty and have served annual combat tours back—to—back—to back since 9/11. They are in for what they can give—not what they can get. You young military veterans, will be recognized as the greatest generation of this century — you represent America’s values and greatness at its core.

We appreciate the great work done by the West Point Class of 1958 who established and manages today the Walter Reed “Wounded Warriors Mentor Program” which has touched so many West Point Warriors including Dan Berschinski, Class of 2007, and Larkin O’Hern, Class of 2008. Dan, who lost both legs above the knee and his left arm from an IED in Iraq, advises, “I can still kick ass. I just need you old grads to tell me which ass to kick”. Larkin, who similarly, lost both legs above the knee and an arm in Iraq from an IED says his favorite quote comes from Winston Churchill: “Never, never, never give up.”
Today we see in our young grads the face of courage. We are inspired by their tenacity and strength. These American Soldiers are the future of our great Army. The Army and the American Soldier who have kept the wolf out of the barn since 1775 . . . And who will never … never … never give up. Army Strong. Thank You.