The Mission of the Military Police Corps

The Military Police Corps has responsibilities on the battlefield as well as in law enforcement. Their combat zone responsibilities can include damage control, route reconnaissance, search operations, patrols, and escorting convoys and personnel. Investigations are done by military police investigators or the Criminal Investigation Command. MP’s are the police for the military, enforcing discipline and the maintenance of law and order. 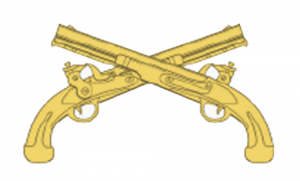 History of the Military Police Corps

George Washington requested a Provost Marshall to deal with discipline in the new American Army. In January 1776, William Maroney was appointed as the first Provost Marshal of the Continental Army. Needing more help for disciplining the soldiers, on 20 May 1778, Congress established the Provost Corps. On 1 June 1778, Captain Bartholomew von Beer, who was a German speaking officer, was appointed the first commander of the Provost Corps, which George Washington called Marechaussee Corps (means Marshalcy) The Marechaussee was disbanded in November 1783. In WWI the military police were instrumental in coping with many prisoners of war. The Military Police force has been involved in vital engagements throughout our history until today.