The Mission of the Marines Corp

The Marines fight on land, sea and in the air as they provide forward deployed forces in times of crisis. They provide support on naval ships and for ground operations. Marines are trained to overcome any obstacle with ingenuity and to engage and defeat the enemy. 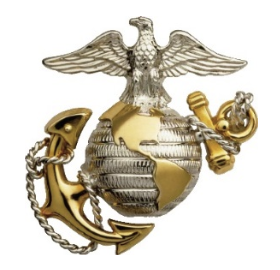 History of the Marines Corp

The history of the United States Marine Corps (USMC) begins with the founding of the Continental Marines on 10 November 1775 to conduct ship-to-ship fighting, provide shipboard security and discipline enforcement, and assist in landing forces. The continental Marines were disbanded along with the Navy at the end of the Revolutionary War. In preparation for the Quasi War (undeclared) with France (1798-1800), Congress created the US Marine Corps. During the First Barbary War (1801-1805), the earliest glory for the Marines came when they fought the Barbary pirates. During WWII, the most famous photo of 5 Marines and one naval corpsman was taken as they stormed the beaches of Iwo Jima, raising the American flag on Mt. Suribachi. The Marine Corps remains the outstanding amphibious part of the American military arsenal.