In recognition of Memorial Day, I reviewed the list of fallen classmates we lost in Vietnam. While many of the names I recognized and can say that I knew several of them, I was not confronted with losing a company mate or close friend from my academy days. However, there is one name that stands out and it is James “Woody” Woodrum. Although Woody and I were in the same Battalion at the Academy, I do not recall any classes or activities we shared—he was probably smarter and did not have to endure the high numbered sections where many of us on the lower end of the academic order of merit took up residence!

However, Woody and I were assigned initially to the same Squadron of the 3rd Armored Cavalry Regiment at Fort Lewis, WA he to command a platoon and I to the Howitzer Battery as the Assistant Executive Officer (XO)/Fire Direction Officer and then as the XO.

Woody was on one of those short tours to prep him for Vietnam, his personal goal to deploy there and serve as soon as possible. I was on a regular tour that would end a bit early, and I would deploy later. Woody had a young lady, Pat, who hailed from the Central Valley, N.Y. area or thereabouts, close to the Academy. Shortly after being assigned to Fort Lewis, they decided she would join him until it was time for him to go overseas. My wife then, Diane, and I were living in a pleasant apartment complex in Lacey, WA, and we convinced Woody that he and Pat should get a unit there, which they did. Pat and Woody were married before he deployed, and Diane and I had the privilege of standing up for them at that ceremony. The four of us became quite close friends during the several months they were together. It was not much longer before he departed to fulfill his career goal and Pat returned to New York. Several months later I found out that Woody had been killed in Vietnam; of course, it was before the days of email and social media, so I still wonder how I learned of his demise, perhaps a phone call or note from a classmate or an Army Times notice. I was acting Battery Commander still at Ft. Lewis at the time and passed this information on at the next Command and Staff meeting. I still recall the Squadron Commander rather than leading us all in reflecting on his passing, he semi-admonished me by saying we should not be putting out this kind of information without some official confirmation. But that is another story about this commander and his strange leadership style. Woody was one of the most positive and gung-ho officers I had the pleasure of knowing and I am sure he served his troops and comrades well in Vietnam. His loss, as many of our classmates and soldiers in general, is a tragedy that tugs at my heart strings even today.

Woody is buried at West Point and I visited his grave during one of our reunions. Unfortunately, we did not keep contact with Pat so I am not sure what her life became after losing such a loving spouse. On this and every Memorial Day, I shall reflect on the loss of all from the Class of 69 during that conflict but will especially have Woody in my thoughts and prayers. 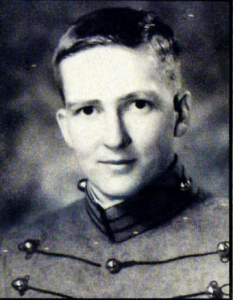