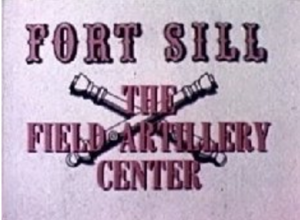 It was in the hot summer of 1974 at Fort Sill, Oklahoma when our story begins. For the first time since graduation five years earlier from the United States Military Academy (USMA), my family and I were all together in the United States. We lived on the installation in a very small but adequate set of quarters. Unfortunately, we had only one automobile and bicycles on military installations were not as prevalent as they are today. That said, what at first appeared as an interesting challenge became a unique opportunity to develop lasting friendships with USMA classmates and graduates.

During the four years at USMA, you knew most if not all of your classmates in your cadet company and possibly others from the academic classes you shared. However, many of the 800 graduating classmates were known by name only. It was difficult to realistically develop lasting relationships with all. That’s why the afore-mentioned challenge actually presented an opportunity.

The only viable option to the transportation challenge was to car pool. And we did. Four classmates and one graduate from the class of 1970 rode to and from our duties in a car five days a week for nine months.  “Carpooling” became the nucleus of enduring relationships and friendships. What a privilege it was for me to be with:

-Steve White (Second Regiment, G-2) —the “subtle sense of humor”-analyst; and last but certainly not least,

Each of us had just returned from overseas assignments: Eric, Steve and John (Germany) and Bill and George (Korea). For nine months, we shared: “war” stories; vignettes about our families; challenges we faced; and yes, how the Field Artillery Officer Advanced Course could be so much better if only . . . Our wives became good friends through gatherings during the day and on weekends. Abiding relationships were formed. We just didn’t realize the impact it was having at the time.

And, yes, five “big guys” in one car can be taxing. Remember as kids when your folks took the entire family with luggage on summer vacation; or as adults when the Army moved you and your family (with luggage and the dog) across the country! Eric’s station wagon had some room; imagine, however, five guys climbing in and out of John’s 1970 two-door Camaro or Bill’s 1969 two-door Pontiac LeMans. (Truth be told, I regrettably had just sold my 1969 two-door Pontiac LeMans for the 1974 Dodge Crestwood station wagon. How I missed the bucket seats, console and vinyl top of my cool graduation car!)

I digress. The “Car Pool of 1974-1975” is really not about a car—it is about people. These good folks will forever hold a special place in my heart. That’s really what the military/USMA promotes: relationships and trust. The bonds forged among classmates and graduates will never be broken, only strengthened over time. Your set of circumstances today may hold a special blessing for you in the future. It did for our family and can for you and yours!