Colonel Robert N. Jannarone served five years on Active Duty, including a tour with the 65th Engineer Battalion of the 25th Infantry Division in Viet Nam.  He then served 28 more years in the Army Reserve, as a Military Academy Liaison Officer and with the Corps of Engineers, ending with duty as the Staff Engineer of the North Atlantic Division based in New York City.  He has an M.B.A. and a Professional Engineer License. 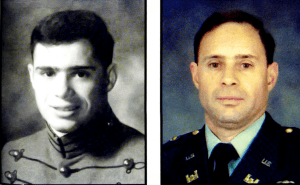